6 Great Tips To Cope Up With Child Tantrums

Tantrums are common in children, especially among the hyperactive, moody or intense kids. For mist of the toddlers, their tantrums are their bursts of frustration & testing limits. A lot of them scream and yell to pressurize parents to get the desired. While some tantrums are mere manipulation, some arise from much wanted needs like parent’s attention, food, sleep and engagement. Well, whatever be the reason behind child tantrums, you must be careful to be strict and not to encourage them as a lax here could mean the development of an irritating person later in life. Here are some great tips that would help you to cope up with child tantrums. 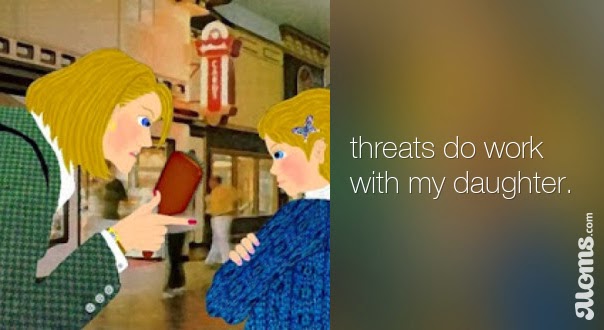 The first thing when your child is throwing anger fits is to keep yourself calm. You cannot ever improve the scene if both you & the kid are screaming. Spanking is never an option here and it can only make the situation worse. Take a deep breath to gain control on your emotions & firmly inform the child to stop screaming or yelling – since these are bad manners.

As mentioned earlier, not all tantrums are caused from mood upswings- in many cases the infants get impatient because of certain much wanted deficiencies- be it food or sleep or friends or parental attention. So, always make sure that your little one is getting healthy nutrition and sleep. Then, remember, child care is not just about offering food and getting the chores done. A child longs for an emotional connect with parents and any deficiency here could wreak havoc. So, take time out to play with the kid, watch cartoons together, have story times, go out for parks. In simple words, make sure that the little one is getting the desired warmth from his parents.

Socialization is important for children and lack of peer could be disturbing for the little one. Hence, you should make sure to introduce the kid to other children so that the tiny one is never lack of playmates.

This is one of the most proven strategies to calm down a child tantrum. You must know that a kid’s attention is usually fleeting & hence won’t be much of an issue to divert. As soon as you find the warning symptoms such as crinkled and reddening face, open up a book, get a toy or start up a different conversation. Humor is the key here so jokes, funny faces, impish antics like pillow fights can act wonders.

4. Communicate with the toddler

You should not underestimate your kid’s to fathom what you’re saying. If you can calmly, with logic make them understand that why you are saying “no” to his over-hyped demands, he might listen to you.

Kids feel disturbed in unfamiliar situations that result in irritating screaming and yelling at times. Hence never be too drastic while changing the environment- and it’s good to inform him beforehand about the change and prepare the little one about it gradually so that he does not feel alienated amidst the new surrounds.

You must make sure to praise the little one if he or she listens to your logic and gradually stops throwing tantrums. A little yet dear treat like her favorite candy would ease the situation further.
Posted by MomGlenz at 11:26 AM

I’m a full-time Mom who loves to shop for almost anything that interests me and when it comes to FASHION, I’m IN! I enjoy writing reviews about products, especially after I have tried the products myself. Feel free to visit my online journal where I talk about my fashion and my life's experiences.